I have a lot of wonderful sheros that have impacted me throughout my life: my Grammy Peg, my mom, Gloria Steinem, Connie Schultz, Hillary Clinton, Sheryl Crow…I could go on & on…But today I want to give props to my television mentors. The real women & the fictional characters that have shaped & influenced me throughout the years.

#1: The Talk Show Queens. Oprah has to be hands-down one of my greatest influences. The way she can get people-both famous and the non-to open up and share their lives, their experiences. She has the ability to be so down-to-earth & make us feel she’s just like us, yet she is this larger than life, powerful human being. Aside from O, I remember being fascinated by Sally Jesse Raphael, Connie Chung, Jane Pauley & the fabulous Katie Couric. I love Ms. Couric and think she is the greatest Today Show host EVER. They had such an impact on me that as a kid I used to conduct interviews at my kitchen table, and today I’m back in school to get my Television & Radio Broadcast degree. 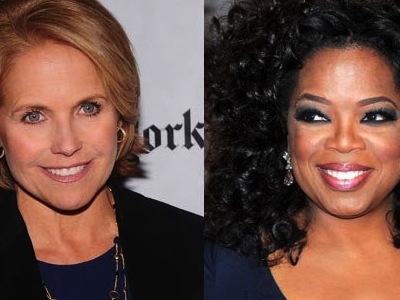 #2: Murphy Brown (Candice Bergen). While the above ladies are real-life journalists, it was this fictional reporter that I most aspired to be. I spent 10 years in love with this show & still think of Murphy as one of the greatest, most complex characters ever created. Murphy was brash, honest. In a time when news was still considered a “boys club” she proved that women not only could do the job just as good, but that we could do it better. I loved that her character was over 40, a recovering alcoholic, a lover of Motown, unmarried & eventually a single mom. One of the greatest things for me to watch unfold was Dan Quayle, treating Murphy as if she was a real-life person, make anti-single parent remarks during his campaign and use her as the poster child for bad parenting. Ah, such a great political debate & all stirred up because of my shero…. 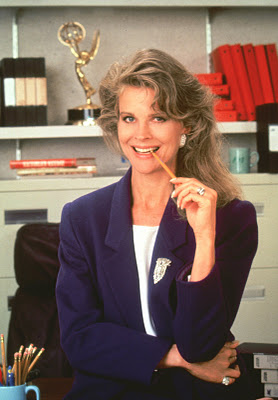 3. Anne Marie (Marlo Thomas, ‘That Girl’). Thank God for re-runs or I may not have had the chance to grow up watching one of the coolest chicks ever created for television. Frolicking around New York, single & an aspiring actress (sound familiar, those that are close to me?), Ann Marie was one of the first feminist characters on t.v. She lived on her own, which at the time was so taboo. She’s in her 20’s, in a serious relationship and not aspiring to get married????!! Love it. But even more than the “independent woman” message, I loved Ann Marie’s antics and fashion style. So chic. 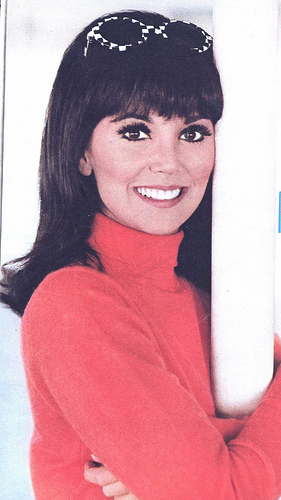 4. Carrie Bradshaw (Sarah Jessica Parker, ‘Sex In The City’). She never gave up on love, but never depended on a man either. She has been a modern, fearless, open character that embodies ‘girl power,’ but not in a typical feminist way. Carrie has inspired me in writing, fashion & love. And it’s nice to know there’s someone other than me that goes on “dates” with their city. 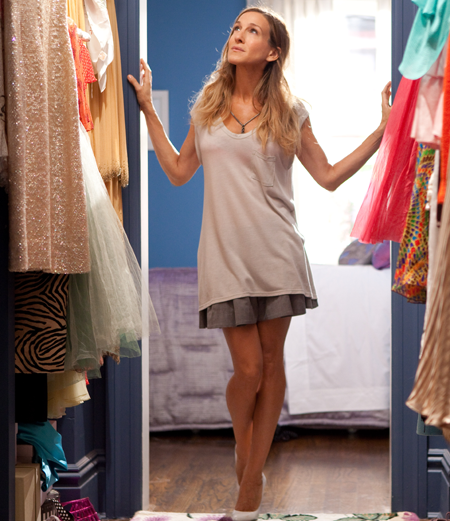 5. Jem. She was the ultimate super-woman! Multi-tasker! Record Company exec by day, Rockstar by night! That to me was the ultimate dream (only has a TV Host or Actress by day, Rockstar by night). We women can be both?! Awesome!! It also showed young girls how rewarding being compassionate and giving can be with Jem helping support the 12 foster kids known as the “Starlight Girls.” How’s that for being ‘truly outrageous?!’

Those are just some of the top tv sheros for me, but I can’t discount how Lucille Ball, Charlie’s Angels (the 70s originals, naturally), Wonder Woman, Claire Huxtable, the ‘Friends’ female leads and Mary Tyler Moore all had empowered and inspired me in some way. Since its invention, television has offered a platform to teach, entertain and influence us all. I can only hope the advent of ‘reality’ tv will disappear (Snooki is NOT a role model kids), and strong characters will develop and keep the history going. So far Zooey Deschanel in ‘New Girl,’ Jennifer Morrison in ‘Once Upon A Time’ and the women of ‘Modern Family’ offer me some hope.