There are so many Fall releases of movies and music that I’m having a hard time keeping up! And finally new, fun fashion trends to try (and some to toss). Here is what I’m liking, loving and loathing in entertainment and fashion right now. Let me know what you’re into or so not about as well!

* Fun-color Hair– a take on the ombre trend, its quirky, different and so Rock n’ Roll!

* Decorative nails- not like the super long multi-colored nails, but the new trend of cutesy objects like hearts, keys and tv’s (like Zooey Deschanel wore for this year’s Emmy Awards)

* Lady Gaga, Katie Couric and Stacy London- these celebrities all came out this week with their past battles with eating disorders. I commend them for their honesty.

* Christina Aguilera’s new song ‘Your Body’- It’s a fun uptempo dance song and typical X-tina style. But while the song is fun, I’ll discuss the video for it later… (Hint: Not so fun…)

* MUSE new song ‘Madness’- It’s different and cool, like most of MUSE’s songs are to me. I haven’t had a chance to listen to the rest of the new album, but if the rest of it is as great as this song, then I’m uber-excited! 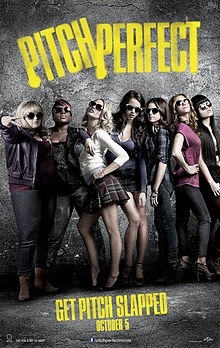 * No Doubt’s New Album- Finally, after 9 years No Doubt has returned with Push and Shove and its awesome! Seriously, just go download it.

* Pitch Perfect- Ok so Ted had been my favorite comedy of the year (and in my top 20 of all-time), but Pitch Perfect is really brilliant and fun. I didn’t stop laughing the entire time and I’m in love with Rebel Wilson even more. She makes me want to mermaid dance. It’s definitely a must see if you’re sarcastic, musical or both. It’s Aca-Amazing.

* Once Upon A Time- I have been obsessed with this show since episode 1, and I’m ecstatic over the Season 2 premiere tonight! So refreshing to have great scripted television again (OUAT, Mad Men, Revenge, etc…) to have a fantasy escape instead of the Reality TV crap we’ve been subjected to.

* Hellogiggles.com- Speaking of giggling, New Girl actress Zooey Deschanel teamed up with 2 of her best friends to create this inspiring, interesting and fun website.  Check it out, and check out the new season of New Girl! 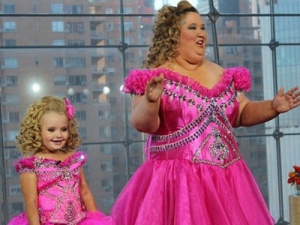 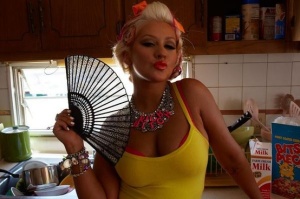 *Amy Poehler and Will Arnett splitting up- I’m devastated. If they can’t make it who can?

* YOLO- When people say it to me I start clawing my ears. I’m sorry to my friends that still say it and I haven’t told you about my hatred for it. It’s not you, its me. I loathe Drake for starting the stupid word trend to begin with. As if his “rapping” (I say that loosely) wasn’t bad enough.

* Christina Aguilera’s ‘Your Body’ music video- Let me preface this with that I am a huge X-Tina fan. Now with that said, Holy Huge disappointment! It is pretty much the epitome of trash. Awful, just awful. C’mon Christina you can do waaaay better than this! Sigh….

Alright, that’s just my random opinions on what’s going on currently. What are your thoughts on all things pop culture right now?